(Tea Party 247) – New photos have emerged, obtained exclusively by The Sun, showing former President Bill Clinton’s connection with Jeffery Epstein and company. In one picture Clinton is seen posing with Epstein’s personal masseuse, Chauntae Davies, and in another with Epstein’s longtime companion and “pimp” Ghislaine Maxwell. 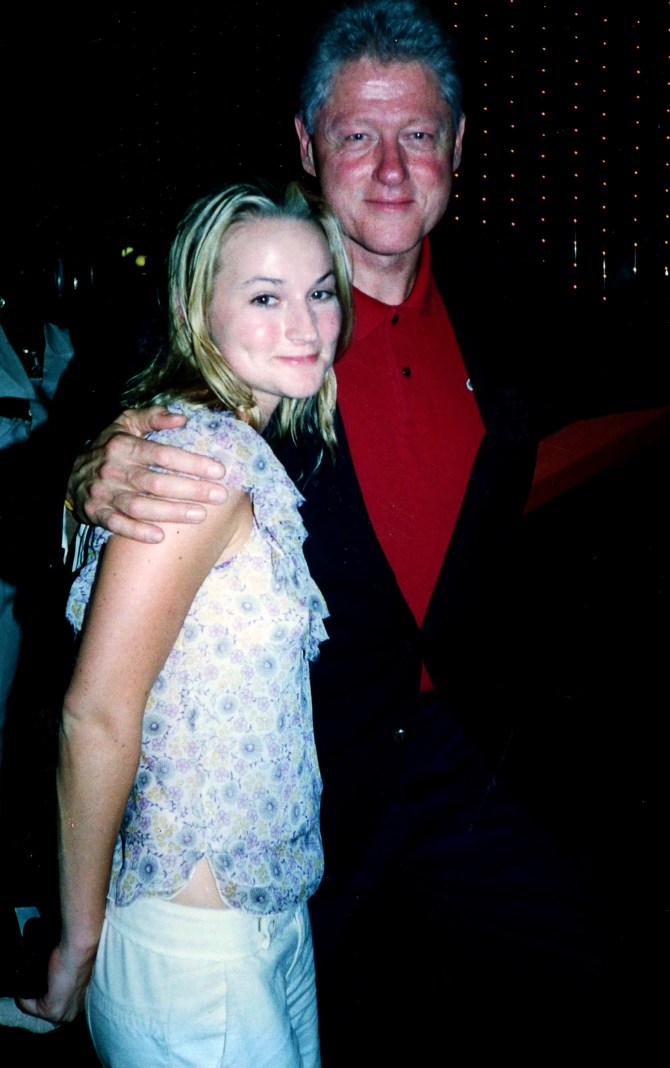 The pictures were apparently taken during a “humanitarian” trip to Africa and actors Kevin Spacey and Chris Tucker were also in attendance on Epstein’s infamous private jet the “Lolita Express.” 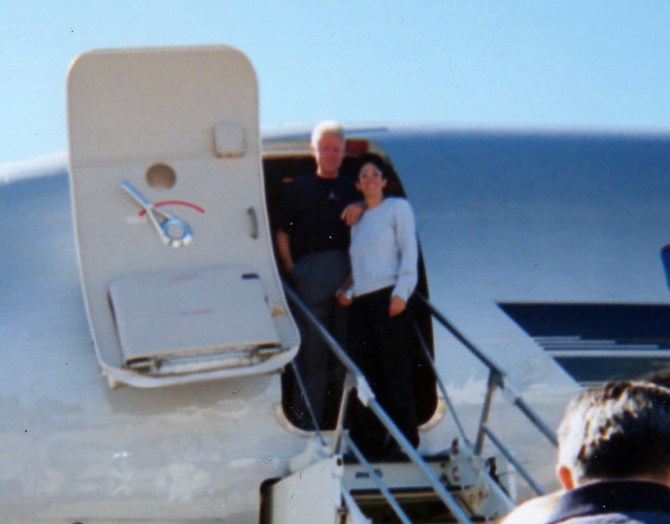 Now, for the first time, Chauntae Davies has revealed the extraordinary details of Clinton’s long distance flight to Africa with Maxwell and a number of other celebrities.

There is no suggestion Clinton, Spacey, 60, or Tucker, 48, did anything wrong during the tour, or knew of Maxwell’s alleged activities on Epstein’s behalf, or the abuse Chauntae suffered at his hands.

However, it will further raise concerns about how some of the world’s most famous and powerful people were drawn into Epstein’s circle at a time when he was committing horrific sex crimes.

Chauntae, now 40, told The Sun: “It’s clear that Epstein was using this private jet and his wealth to get close to rich and powerful people.

“Looking back at these images now it raises a lot of questions about why Bill Clinton was using the plane and what perhaps Jeffrey may have been trying to accomplish by having him around.”

Sex trafficker Epstein – who killed himself in his jail cell in August – was accused of using the aircraft to transport underage girls to his various luxury homes around the world.

No evidence has emerged to prove that Andrew or Bill Clinton took part in sexual activity on the Lolita Express.

First, Epstein most certainly did not kill himself. If we can obtain images of a dead Iranian general from halfway around the world within minutes of it happening, surely there would be some footage of Jeffery Epstein hanging himself in a high-security prison. Yet, there is not. Simply because, Epstein didn’t kill himself. I digress.

These new photos really bring to question yet again, just what was Clinton’s connection with Epstein and how comfortable was he on the Lolita Express. He seemed awfully laid back judging from the pictures and considering the level of involvement Epstein had with sex trafficking it’s pretty hard to believe Clinton was just blissfully unaware of who his host really was and the services Epstein had to offer.

Given Clinton’s own past with women it seems highly unlikely Clinton was simply just along for the ride on the Lolita Express. Epstein’s masseuse Chauntae Davies claims Clinton was a “complete gentleman” on this particular trip to Africa, but that doesn’t mean there weren’t other times when Clinton partook in illicit sexual behavior on board the private jet or on Epstein’s private island.

If these wealthy, powerful elitists like Clinton are so innocent of any connection and wrong-doing with Epstein, why was Epstein suicided? When are these elites going to be called out for their connection with Epstein and his sex-ring?

Insane: Why This Pro-Police Couple Got Charged With A Hate Crime In California

Homeowners – new or aging appliances? Expensive HVAC systems? You can protect against unexpected expenses with a home warranty plan. American Home Shield (AHS) may protect you from the high costs of repairing or replacing your home’s major appliances and/or systems. AHS consistently receives the highest possible reviews in the areas of customer service, coverage,.....

ADT is the biggest name in home security—they’ve been protecting homes like yours for over 140 years. Their expertise in security and customer service have always been industry leading. ✓ Competitive Price ✓ Wireless Options ✓ Indoor Cameras ✓ Away-from-home Monitoring ✓ Cellular and Landline Connections ✓ Home Automation Capabilities ✓ 6 Month Money-Back Guarantee (certain restrictions apply) Find out for yourself.....

Experts Were Wrong About Cellulite Female Body Sculpting Expert, Joey Atlas is saving women from the pain, frustration and losses of thousands of dollars in wasted treatments. Ask any woman on the street what the definition of “cellulite” is and you’ll get a confused variety of answers. From “toxic fat pockets caught in the skin”.....

The Truth About Cellulite